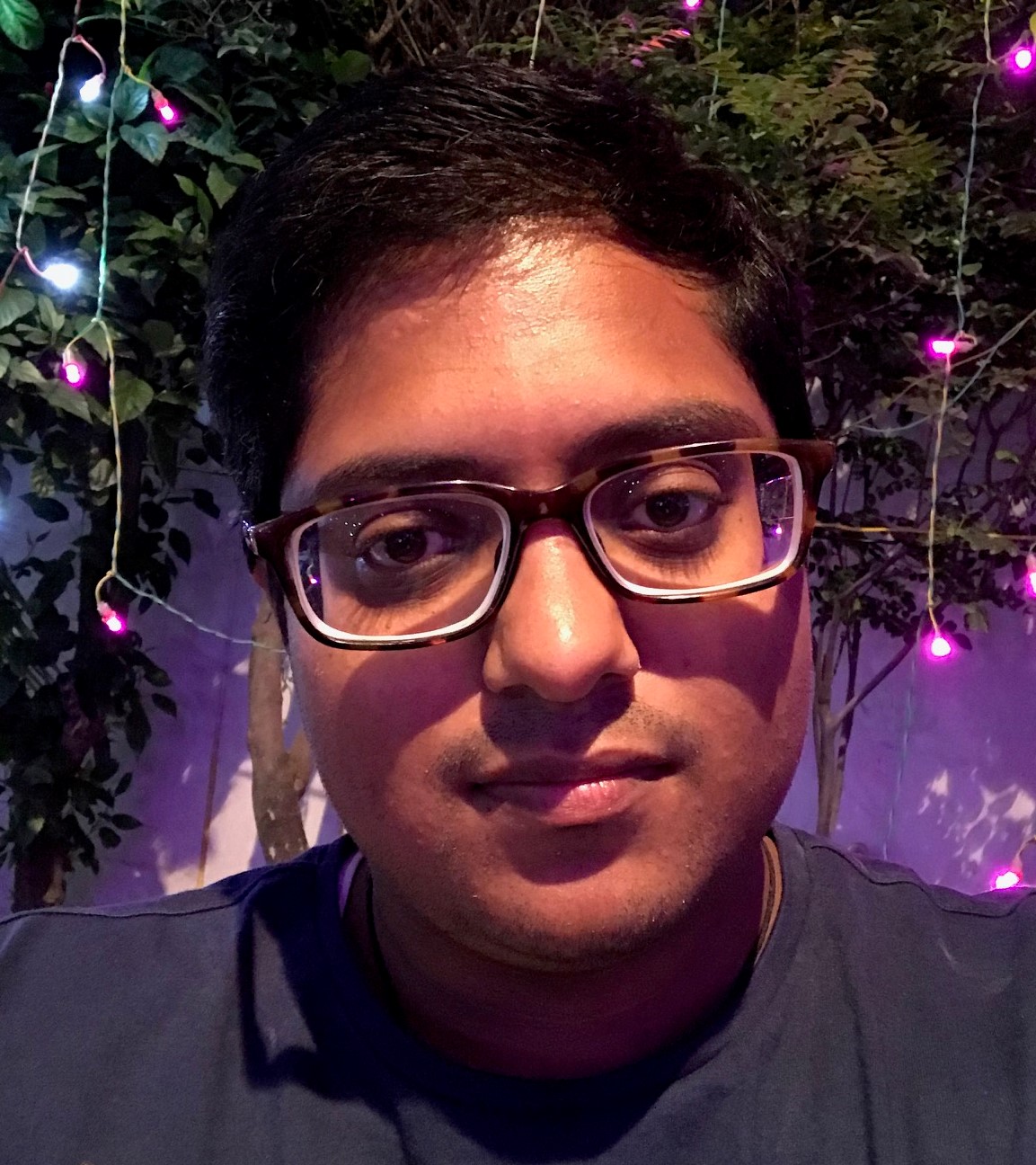 For organizations developing Power BI reports, there is typically a strong desire to design them in a way that provides the best user experience. This includes not only providing excellent data visualization to meet reporting needs, but also designing reports for optimal performance. Too often the burden of performance optimization is placed solely on IT or Power BI administrators when it should be a function of anyone using the tool.

In this blog I am going to tell about the reports and dashboards I created on the data of accidents in UK.

Firstly, I imported this data if accidents from years 2009 to 2017 into SQL Server, where I created a data set named Accident_Info. After creating the dataset, I transferred it into Power BI to do some visualization.

Here are some reports I made on accident data : 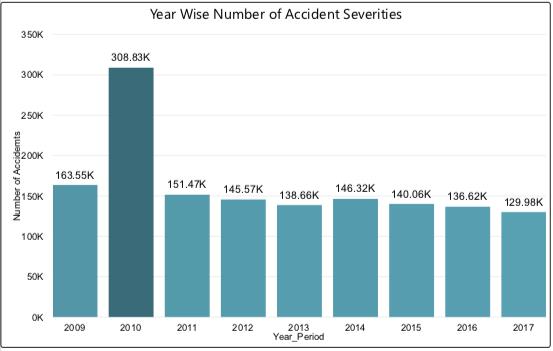 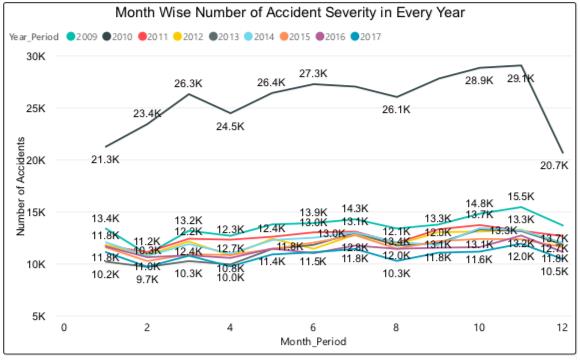 After making year report, I made month report. Which shows that most of the accidents happened in the month of November in many years. This line chart looks bit rough. But there is a feature in Power BI that connects one report to another if both reports belonged to same data set. An example has been shown below.

The figure below is showing the number of accidents in the year 2017 in line chart. It shows most of the accidents happened in the month of November in 2017. We can select two or more years simultaneously in bar chart and it will show the result of selected years in line chart as if to compare the results of different years. 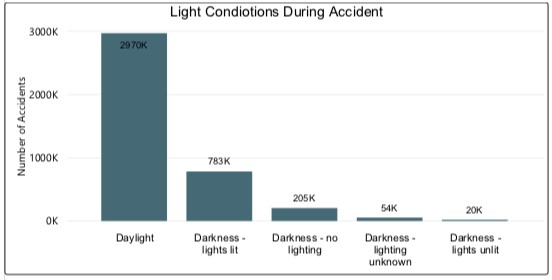 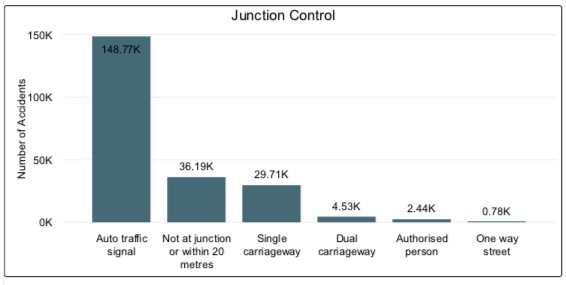 This tree chart shows about the junction details during accidents. Most of accidents happened either not at junction or within 20 meters 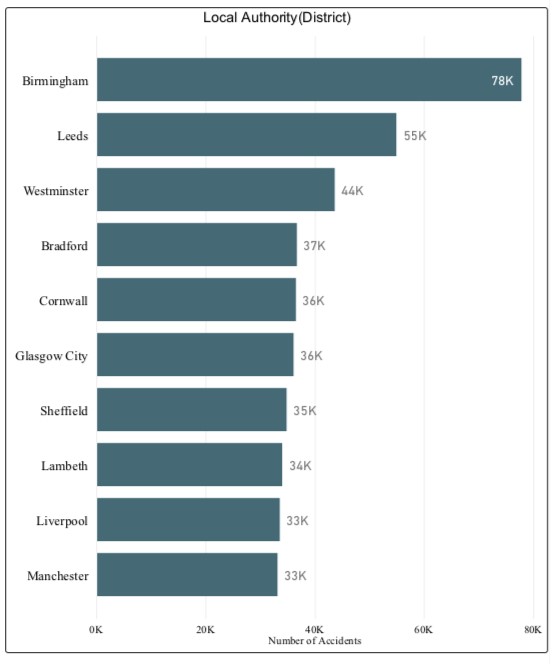 This chart is showing the top 10 list of cities in UK where most accidents happened from year 2009 to 2017. Birmingham has most dangerous city interns of accident. It has number of accidents during this period, about 78000. 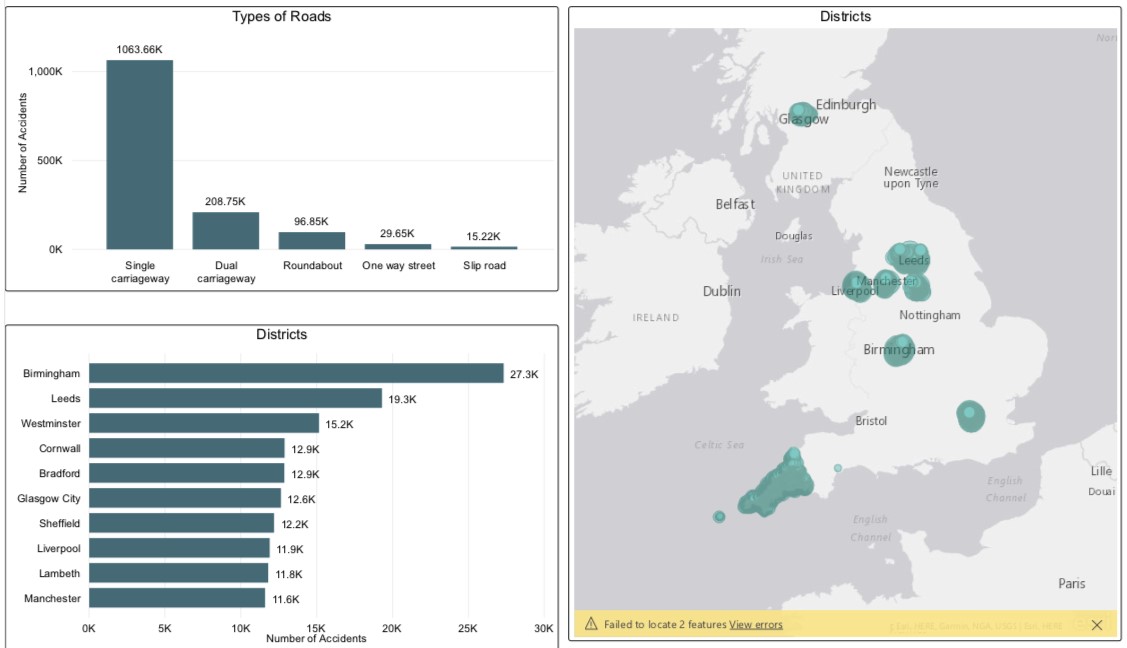 Here are some dashboards I made on accident data:- 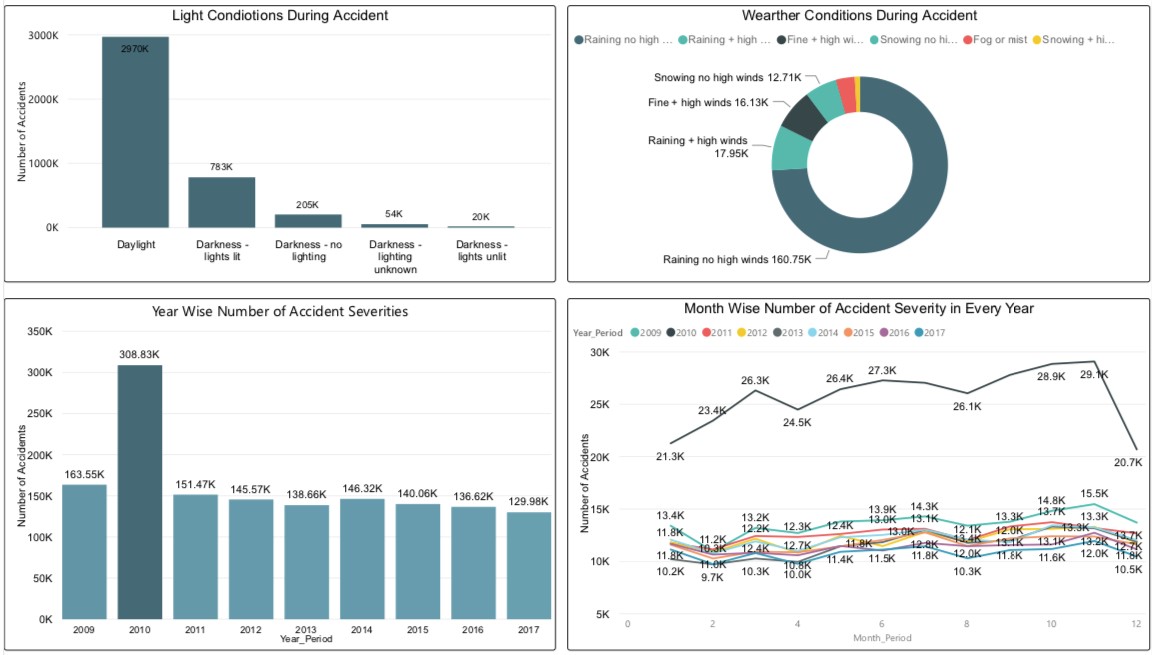 2. Urban or Rural and Carriageway hazards 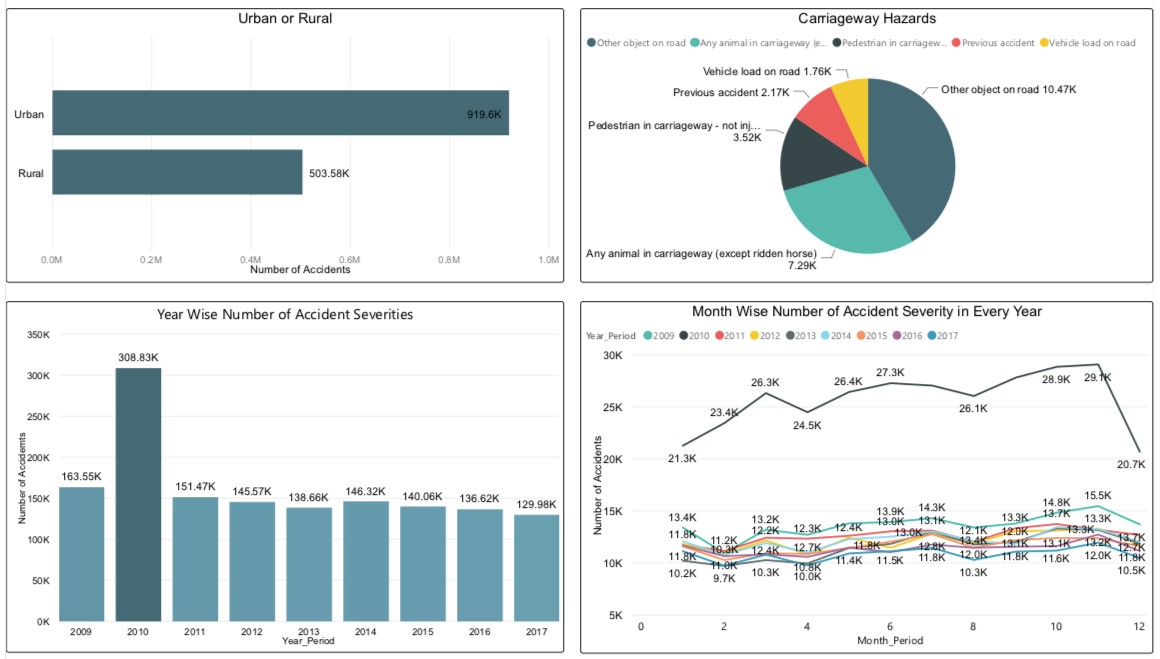 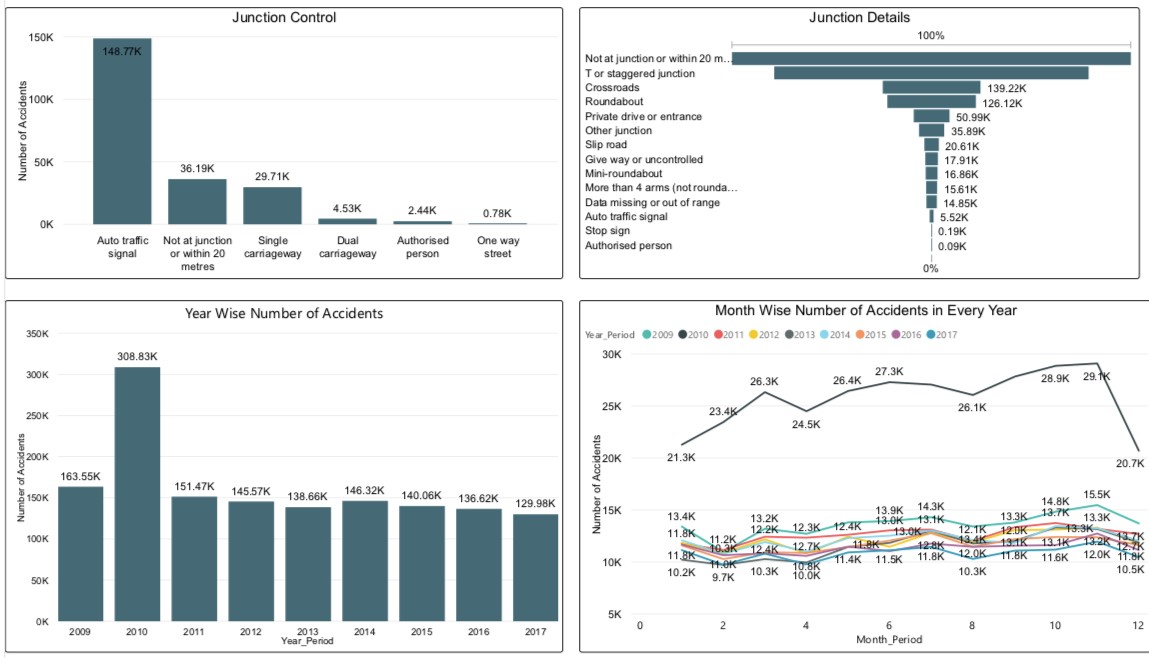 4. Types of Roads and districts

Number of accidents happened the most in Birmingham city during period of 2009 to 2010. Year 2010 was most dangerous year in terms of accidents. With about 3.81 lacs of accidents during that year.

Urban areas are more likely to have accidents compared to Rural areas. Most Accidents occurred during rain with no high winds.

Auto traffic signals are responsible for most of the accidents.